Where does music come from? Part Four

The previous articles in this series have examined the possibility that non-physical guides are assisting musicians in their creative moments. It is not just statements made by various eminent pop and classical musicians which give substance to this view.  Two spiritual mediums, Leslie Flint and Rosemary Brown, claimed to have contacted and ‘channelled’ the spirits of composers.

Sceptics may be tempted to dismiss these claims. After all, both Leslie Flint and Rosemary Brown achieved a degree of fame as a result of their alleged contact with the spirits of composers.  Could this have been their motive for making these claims? 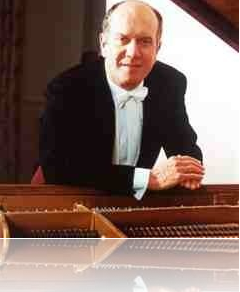 That motive could not be applied to John Lill. Since 1963, he has been one of Britain’s foremost concert pianists. He shot to international stardom in 1970 after winning the International Tchaikovsky Competition in Moscow, the most coveted piano prize in the world.

Three years later, John Lill attended a performance given by Rosemary Brown.  During this performance, she played some of the pieces that composers of the past had dictated to her and then invited the audience to ask questions. The following is an extract from Rosemary Brown’s book ‘Immortals at my Elbow’:

‘A young man arose in the audience and said that he had no question to ask, but that he would like to say something if permitted. He said that he thought he should announce himself first so that people would know that he knew what he is talking about with regard to my work.

“I am John Lill,” he said quietly. A gasp of surprise and delight came from the audience. I had never, until that moment, had the honour of meeting John, but had naturally heard of his reputation as a great concert pianist. I wondered what he was going to say and my joy knew no bounds when he stated without hesitation, his conviction that my work is completely authentic. This conviction, he told the audience, was upheld by the fact that he had been informed by no less a person than Beethoven that my work is completely genuine. At this, there was a stir of even greater excitement. John explained that he has a very close rapport with Beethoven and is able to converse with him.”

He has since revealed that Beethoven often gives him advice and guidance.  Indeed Beethoven told him immediately prior to the final of the Tchaikovsky competition that he would win the first prize. John Lill is today still admired around the world for his superb technical mastery and is also widely recognised (perhaps not surprisingly) as one of the world’s leading Beethoven interpreters.

A previous post in this series describes how Rosemary Brown endorsed Leslie Flint’s claims that he could connect with Chopin. John Lill in turn validated Rosemary Brown’s claims. Now if you are still a little suspicious, just ask yourself this question: what did John Lill have to gain from his open endorsement of Rosemary Brown and his own claims that Beethoven guides him? When he made these statements, John Lill was already an artist of world renown. By stating his beliefs so publicly, he opened himself to some of the ridicule that Rosemary Brown had to endure, as well as possible damage to his career.

Click HERE to go to ‘Where does music come from? Part 5’

For more on this story, as well as the claims of Rosemary Brown and Leslie Flint, see the video below.