“Music is a therapy. It is a communication far more powerful than words, far more immediate, far more efficient.” 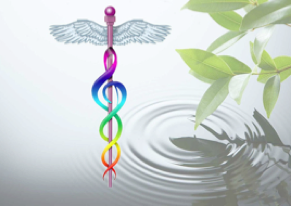 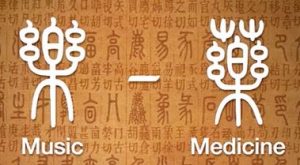 Many cultures have continued to use music to aid healing over the centuries since those times. For example, Turkish communities have used music as a healing agent by since the pre-Islamic era and this method of treatment has recently been reintroduced into some of that country’s hospitals.  Specific modes of music known as maqams, or makams are used to treat patients. Each of these maqams applies different pitch intervals between notes to manifest characteristic melodic patterns.  This gives them a unique tonal character, similar to the way in which changing from a major to a minor scale changes the character of the music.

Different maqams are prescribed to treat different physical or mental conditions.  This approach heals the patient by creating a healthy balance between body, mind and emotions.  The ragas of Indian classical music, which have their source in the ancient Vedic tradition, also represent different melodic modes similar to the Turkish maqams and are used to help cure specific illnesses or problems.

Although western medicine relies mainly upon surgical or pharmaceutical treatments, music is increasingly being used in patient care.  Music was used in hospitals during the last century to treat WW1 and WW2 soldiers suffering from emotional, mental and physical trauma.  Many hospitals still continue to use music to assist pain relief and improve recovery times.  Medical research continues to provide evidence that the right choice of music can deliver health benefits.  This has led to an increase in the use of music therapy to help aid recovery from ill-health.

I have had the good fortune to work closely in collaboration with holistic therapists who have worked extensively over several decades in the British National Health Service (NHS) as well as private and voluntary sectors. Their client group has included both adults and children with special needs and a particular focus for their work has been clients and family members affected by trauma and loss associated with end of life care.  One of these therapists, Jennifer Warters, undertook a research programme in partnership with the NHS which demonstrated the positive effect of music on hearing impaired infants and the child’s ability to acquire language.

This research has led to the development of two CD packages for use in the home or in therapeutic settings. 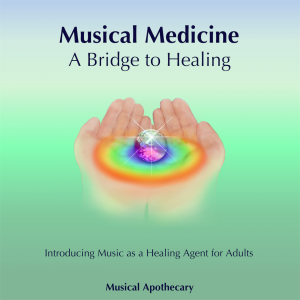 CD1 Introduces the Emerald Alignment, a simple, safe and effective method of bringing balance to the Human Energy Field. The CD includes two Emerald Alignment exercises which will calm the mind and emotions and strengthen resilience when practiced regularly.

CD2 Healing music which has been specially composed to reduce stress and alleviate anxiety. Peaceful feelings are restored whilst fear and worry dissolve. 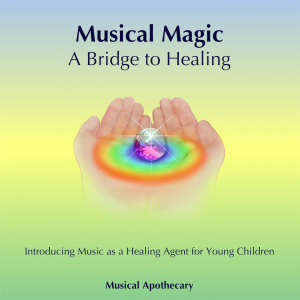 CD1 is intended for use during the day.  It includes 20 popular nursery rhymes with sound effects for an enjoyable, shared experience as well as stimulating music to accompany playtime, encouraging creative activity and harmonious interaction.

CD2 is for for use at night time, helping children to release any unhappy thoughts or anxieties and promote restful sleep.

Finally, if you are interested in finding out more about the true nature of music, including how it can be used for healing, I recommend this free Musical Medicine ebook. 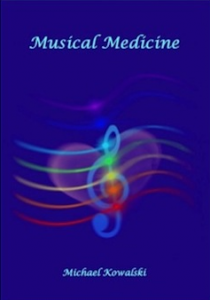