The Power of Music

Music is the movement of sound to reach the soul for the education of its virtue.’ 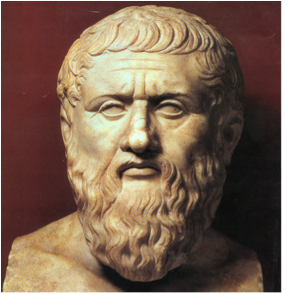 There’s a children’s story by Ted Hughes called ‘The Iron Man’ which reaches a climax with a dramatic trial of strength between this heroic figure, the Iron Man, and an enormous Space Dragon which is seemingly intent on destroying the planet Earth. The Iron Man ultimately emerges as the victor and the defeated Space Dragon is forced to work for him. The Space Dragon then explains that before it visited the Earth, it used to sing the Music of the Spheres as it journeyed through outer space. Unfortunately, when it reached the planet Earth, it heard the strange warlike sounds and battle cries and felt the urge to create join in. The story ends with the Iron Man asking the Space Dragon to sing the Music of the Spheres whilst orbiting the Earth and as it does so, all violence and war on the Earth starts to decrease until ultimately peace reigns throughout the planet.

We often see the link between music and extreme behaviour debated in the media. In recent years, the music of Marilyn Manson has been suggested as the catalyst that prompted two American youths to rampage through Columbine High School massacring several children before turning their guns on themselves (see https://www.allaboutpopularissues.org/marilyn-manson.htm). Gangsta Rap Music is also seen by some people to be one of the causes for an increase in violent activity amongst the youth of today (https://www.nytimes.com/2007/09/03/us/03hiphop.html).

Music can also have a positive influence on behaviour. A few years ago First Great Eastern Railway, which runs services to areas north and east of London, started piping the works of Beethoven and Mozart onto platforms at three stations. This was a radical approach intended to deter youths from congregating and vandalizing station property. Popular classical tunes were played in the evenings at Burnham, Rochford and Hockley stations, at a volume low enough to allow announcements to be heard clearly.

The results of this inventive approach to reducing crime were remarkable. Figures released in January 2005 showed robberies in the underground down by 33 percent, assaults on staff by 25 percent and vandalism of trains and stations by 37 percent. It was initially suspected that although the crime levels were reduced in the vicinity where the music was being heard, there would be a compensating rise in crime in the surrounding area. London police however have found no evidence of this, which led to the conclusion that the effect of this music had been to prevent crimes, rather than to disperse criminal activity. London authorities have since started to expand the playing of Mozart, Vivaldi, Handel and opera from three tube stations to an additional thirty five.

Other cities around the world have successfully used similar techniques to reduce crime, such as Florida, where police authorities have used the music of Bach, Mozart and Beethoven as part of a successful strategy to clean up an area which had become infested with drug-dealers.

Just as in many of the best children’s tales, there is a golden thread of truth to be found within the story of ‘The Iron Man’. Music is a very powerful medium which can be used in many positive ways, not only as a form of entertainment and relaxation, but also to help calm and sooth troubled or stressed minds; in short, music can be used to heal.

Where does music come from? Part One