Where does music come from? Part One 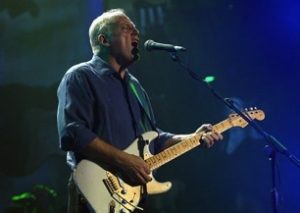 “I have something where music just comes to me and the best music… just suddenly, it’s there; it just slips out of your fingertips onto the instrument easily. You worry about it afterwards and think, ‘Where did that come from; who did I steal it from?’ because it’s so easy.”

The quotation above was taken from an interview with the former Pink Floyd guitarist Dave Gilmore, which was shown in the BBC series ‘The Story of the Guitar’. It’s a wonderful description of what it feels like to experience a flash of inspiration; a moment of creativity that is so sublime that it’s difficult to believe that it was generated from within the mind. As a composer, I can relate to this experience as I’m sure can most people involved in creative arts, whether they are musicians, writers, artists, poets or designers.

Many other famous musicians appear to have had similar experiences.  Brian Wilson, who wrote most of the music recorded by The Beach Boys in their prime is one example. He once stated that he felt uneasy when people praised him for his songwriting, because he often felt that the music came not from him but from another source. John Lennon said of his songwriting that “It’s like being possessed: like a psychic or a medium”. Gustav Mahler once stated, “I don’t choose what I compose; it chooses me”. Puccini was even more specific when talking about ‘Madame Butterfly’: “The music of the opera was dictated to me by God. I was only the instrument to bring it to paper.”

So what causes these flashes of inspiration? Are they a product of the human brain or do they come directly from God as Puccini suggested? and if not, where do they come from?

As you will see in other postings to this blog, there is compelling evidence to suggest that there is more than just the human mind involved in creating music.

Click HERE to go to ‘Where does music come from? Part 2’

If you would like more information on this fascinating topic, go to the Channelling Music page of this website. I also recommend this short video which further explores this topic:

The Power of Music Where does music come from? Part Two