Tuning in to your memories 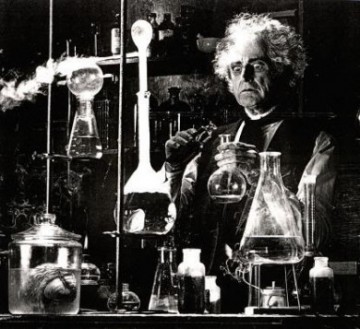 For reasons which I hope will soon become clear, I’m starting this article on music with a brief chemistry lesson.

Did you know that you can test for sulphur dioxide gas (SO2) by mixing it with a second gas, hydrogen sulphide?  If the mixture of these gases forms a thick smoke then the first gas must be sulphur dioxide.

I mention this because despite studying chemistry for seven years in secondary school, the only lesson that I can remember is one where Mr. Godlington, the chemistry teacher, performed the experiment described above. I’m sure he’d be pretty disappointed to know that I can’t remember any other lesson that he gave. He’d be even more devastated to learn that it’s not because of him that I can still recall this experiment!  I remember this lesson so well because of something that happened in the break that followed.  One of my classmates adapted the lyrics of a well-known Platters’ song.

They asked me how I knew
It was S-O-2.
I of course replied,
With hydrogen sulphide,
Smoke gets in your eyes.

Not only has that verse stayed with me for nearly forty years but so has the lesson which prompted it.  I’m in no doubt whatsoever that my ability to recall that chemistry class is entirely due to my schoolmate’s song.  After all, ancient cultures have always used music as a mnemonic device.  It’s used by elders to imprint their stories onto the minds of their young and to ensure that their tribal histories are accurately preserved through successive generations. This method of maintaining a historical record is highly effective.  The indigenous Australians, for example, claim that Aboriginal dreamtime songs date right back to the dawning of their civilisation.

Music can also trigger the most vivid of memories, something which I often experience when listening to a ‘golden oldie’ being played on the radio. Usually I find it difficult to remember events from my early years.  In fact, whenever my sisters reminisce about our childhood, I often wonder if I was part of the same family. And yet, if I hear the song ‘I remember you’ by Frank Ifield, I can instantly recall walking around a fairground in Tynemouth as a six year old. The memory is so clear that I can still ‘smell’ the candyfloss and ‘hear’ the screams coming from the ‘Waltzer’. Other songs will immediately tune me into events from my schooldays or my first days at work, even though my recollections of those years are otherwise pretty hazy.

Music is increasingly being used to activate memories of people suffering from dementia. Music therapists have obtained remarkable results from playing familiar songs to those in the advanced stages of conditions such as Alzheimer’s disease. Even people who appear to be closed off from the world often respond when hearing familiar songs from their youth.  Sometimes they will tap or sway in time.  Occasionally they may join in, or even dance. The psychiatrist Dr. Oliver Sacks observed that personal memories of many of his patients seemed to be embedded in music.  The right piece of music was often the key to re-open memories that couldn’t be recovered in any other way.

It is tempting to look to the brain and its function in order to explain this phenomenon.  The study of neuroscience alone will not however provide this understanding.  Instead, it’s necessary to study the human energy field in order to find where and how memories are stored.  You will find some enlightening information posted about this topic in the Living Memory Research Trust blogs.

Of course we don’t need to understand how music assists memory.  We just need to accept that it does and know that we can use this knowledge to help educate and develop our young. Most important of all, remember that if you want to have vibrant, vivid memories that stay with you deep into old age, keep singing, playing or listening to the music that you love.

Where does music come from? Part Six Crotchets, Quavers and MUSIC