Restoring Health with the Emerald Alignment

I was introduced to the Emerald Alignment by Carol Lamb back in 2001. I’d arranged a therapy session with her in order to help me through a very difficult period in my life which I’ve described elsewhere on this website.

At the time, I was in emotional turmoil following the breakdown of my relationship.  For several weeks I’d been unable to sleep for more than a few minutes at a time. Indeed I spent some nights without any sleep whatsoever. If that wasn’t enough, I was in the middle of a highly stressful two year work assignment. The company that employed me had been chosen to replace all the core computer systems for a major new client and my role was to manage the implementation. Unfortunately, many of the client’s staff didn’t want their systems to be changed.  As a result, the working atmosphere, especially in meetings, was at best difficult and occasionally quite hostile. 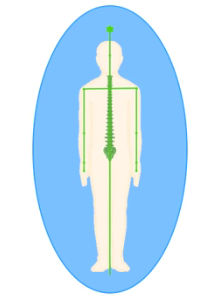 During my therapy session, Carol taught me the Emerald Alignment and recommended I practice it at least once a day. She told me that this exercise would help to align and rebalance my energy field. This would in turn help me to overcome my emotional and physical distress. After I had told her about the challenges that I faced at work, she suggested that I should also take a few minutes to align myself before going into any meetings. She explained that if my energy is aligned, I can expect a better response from the people around me.

Carol had mentioned that people often experienced unusual sensations when they used the alignment.  Some have felt a tingling sensation running down the spine, or a feeling of heat in parts of the body. Others had quite profound visual impressions when practicing it but unfortunately it didn’t affect me in any of these ways. In fact, I felt nothing apart from being slightly more relaxed during the 2-3 minutes that it took to go through the Emerald Alignment exercise. I did wonder whether it was doing me any good at all but I decided to continue with it anyway.  After all, it didn’t cost anything and only took a couple of minutes so what did I have to lose?

Starting to feel the benefit

After two or three weeks, I realised that I was starting to sleep better. It was taking me less time to drift off at nights and I was staying asleep for longer and longer. After several more days I managed to sleep though the entire night for the first time in weeks. Even more remarkable to me, however, was the change that was happening at work. The same client staff who had previously made my job difficult began to behave much more cooperatively. Instead of rejecting any proposals or suggestions I made, I now found that they were tending to agree with me. Within just a few weeks, the unpleasant working atmosphere had disappeared completely and for the first time I looked forward to our regular meetings.

So did all this change come about because I used the Emerald Alignment? Some might suggest that it was just a coincidence that this turnaround in my health and in relationships at work occurred once I started to use it. But I’m in no doubt whatsoever about the connection. I have maintained a regular use of the Emerald Alignment since 2001 and in that time my health has gradually improved and not declined as I’ve got older. I’ve also consistently enjoyed positive personal and working relationships.

One final point: although it took me several months of regular use, I did eventually begin to feel a tingling sensation down my spine whenever I did the alignment.

Was it a Plan or a Premonition? Is the Intuitive Mind a Sacred Gift?