Is the Intuitive Mind a Sacred Gift?

Elsewhere on this website I have written about my belief that many people receive guidance from higher levels of consciousness. Some are aware of an ‘inner voice’ prompting them but most are not consciously aware of any guidance connection. The guidance can often be very subtle: a sudden, helpful insight or an intuitive impulse when making decisions. These instinctive choices often appear to defy reason or logic but despite this, they invariably prove to be correct.  Albert Einstein certainly believed in the power of intuition.  He once claimed that, “The intuitive mind is a sacred gift and the rational mind is a faithful servant.”

Clearly, the fact that a course of action turned out well isn’t in itself evidence of guidance. There have however been some extraordinary incidents in my life which left me in no doubt that I was being guided step by step towards a specific goal. One such occasion occurred several years ago and began one day when I was playing the piano. 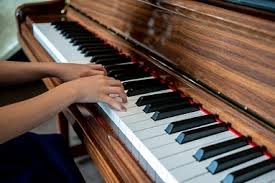 For much of my life, I have played the piano to relax. Often I’d play familiar songs or practice some of the easier works by composers such as Chopin. Occasionally I’d improvise, allowing my hands to play over the keys without letting my thoughts control what I played. I rarely remembered any of this improvised music and so couldn’t repeat anything that I’d played in this way, however on one occasion early in 1999, I improvised a short piece of music which did stick in my mind. I started playing it every time I came back to the piano, extending it bit by bit each time I played it. Even when I wasn’t at the piano, I’d often find the melody playing away at the back of my mind. But what particularly intrigued me was that when I ‘heard’ it in my mind, an orchestra was accompanying the piano!

I was impressed to try to write down this music. I’d never previously composed anything but I had played trombone in amateur orchestras during my schooldays and so was familiar with what an orchestral score looked like. I also worked with computers and so decided to look for some software to help me create my orchestral score.   I searched on line and sure enough, I found an inexpensive software package which I could download onto my computer. This application allowed me to not only input the notes for all the instrument parts but also to play back the music using synthesised instrument sounds built into the sound-card of my laptop computer. 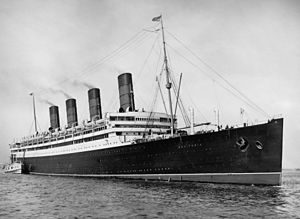 During the weeks that followed, I spent a lot of my free time enthusiastically building the score for this music. Even when I was doing something else, for example driving to work, the music would be playing in my mind. Indeed, a lot of the orchestral accompaniment came to me spontaneously this way before making its way into the score. Eventually I also began to get some images and impressions whenever I played the music in my thoughts. For example, when the orchestra picked up the melody, I saw images of an ocean liner sailing over the seas. I also had a persistent feeling that the music was a soundtrack to a love story.

Eventually, the piece was almost complete except for a final refrain of the melody.  For some reason I really wanted these plaintive, closing notes to be played on an Irish tin whistle.  This was a strange choice given that it’s an instrument associated with traditional Irish music rather than the type of orchestral music which I was writing.

I was quite pleased with the finished piece and played it a few times to close family members using my laptop but did nothing else with it after these initial ‘performances’. Despite my passion for writing this music, I didn’t print out the score or create a tape or CD. Neither did I feel compelled to write any more music. It seemed as if this impulse to write music was just a one-off occurrence which was now behind me.

A couple of years later, at a difficult time in my life, I arranged an appointment with a holistic healer. This is how I came to meet Carol Lamb, a therapist who specialised in energy healing and past life therapy. Carol, who is extremely intuitive, knew nothing of my interest in music or my earlier attempt at composing but she ended the therapy by saying “Michael, you need to be writing music!”

During my follow up appointments, she talked about how music can be used to heal. She explained how important it was to her work as a therapist and teacher and restated her belief that I should be writing music. I eventually told her about my earlier composition and as she asked to hear it, I agreed to make a copy for her to play. 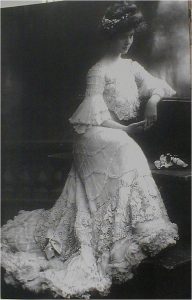 Several days after I had given her the music, Carol asked if we could meet and listen to it together. She later explained that the music had made a profound impact. She felt it was connected to a repetitive past life memory experienced in childhood which had led to her work as a therapist healing past life trauma memories. The childhood images were of the sea and a woman standing alone on a ship. Through therapy Carol had gradually accessed the story of Christina, a woman fleeing the Russian Revolution.

An Improbable Series of Synchronicities

Several days later as we meditated and listened to the music together, she accessed an additional part of the story and gave me a commentary of the memories as they arose. She described a ship bound for New York, picking up passengers at the port of Cork in Ireland and Christina’s meeting with a young man on board ship who was leaving Ireland for a new life in America. They formed a close relationship and by the time they disembarked in New York she felt deep sadness as she watched him walk away, knowing she would probably never see him again. 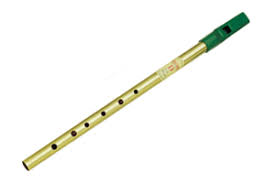 This was uncanny. I listened as she described the scenes which matched perfectly the impressions and feelings I’d had when writing the music….an ocean liner at sea….the feeling that the music was a soundtrack to a love story. What astonished me most of all were the final bars , the plaintive notes as she watched her Irish friend walk away….the notes which I had insistently felt should be played on an Irish tin whistle!

The odds against all my impressions matching Carol’s description so exactly were impossibly high. I was puzzled by this improbable series of synchronicities but Carol didn’t seem at all surprised, explaining that her work had always been closely guided with significant meetings foretold.

Working to a Higher Plan

She went on to explain that in 1999 she had been collaborating on a music project with a colleague and was greatly disappointed when this did not come to fruition. She had received guidance which assured her “I have another connection for you, be patient as this will take some time”. When she asked how long she was advised that, “This will be two years”.  At the same time these events had been taking place, I had been felt the urge to write music to accompany a story I didn’t know. It seemed clear that there must have been a higher stream of consciousness guiding us both. By 2001 when we eventually met,  Carol had already accessed much of the story first seen in childhood and this had become a key feature of her seminars and therapist training programme.

These revelations were very profound for me. When I was writing the music I didn’t have any goal in mind: as far as I was concerned I was just enjoying doing something new. Now I realised that I’d actually been guided and all the ideas, inspiration and insights that I had when composing the music were a result of me intuitively picking up on prompts given by guides that I had no awareness of.

Since that time we have collaborated in using the gift of music to heal invisible wounds. A film script is in progress with the music score prepared by invisible hands.

Once again, Einstein got it right: intuition IS a Sacred Gift!

To listen to ‘Christina’, please click on the PLAY button below

Restoring Health with the Emerald Alignment “Someone just got a bit of linen, faked it up and flogged it!” Seriously?