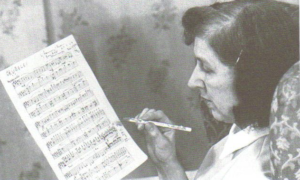 I sometimes wonder how I managed to cope in pre-internet times. After all, if ever I want to find out about a particular topic, my first response is to ‘Google’ the name of an event, place or person. In most cases, Wikipedia features prominently amongst the search results and over the years this website has been a valuable resource to me whenever I want to fill in any gaps in my knowledge.

I recently began making a short video on the topic of channelling music and so turned to Wikipedia to check out some facts about Rosemary Brown, a woman who became famous in the mid 1960s when she told how she was in communication with famous composers of the past who had dictated new pieces of music for her. I was just a schoolboy at the time but took an interest in the story and so can remember reading the newspaper and magazine articles that emerged about this amazing claim as well as seeing Rosemary being interviewed on TV. I recall that many people were sceptical about these claims but she had a number of prominent supporters who were convinced by her account. It was their testimony that caused me to think that this barely-believable story might actually be true.

I was therefore so disappointed to read her Wikipedia entry and to find that whilst there were several quotations from those who dismissed her claims, there wasn’t a single mention of any of the public figures who declared their support for her. Indeed if I had never heard of Rosemary Brown before reading her page in Wikipedia, I’m sure I would now be convinced that there was no truth whatsoever in her story.

I’ve now finished the video which you can find on Youtube by clicking this link. It briefly covers Rosemary’s story and I believe it provides a more balanced view of the debate that took place 50 years ago between her critics and supporters and explains why I eventually came to believe her claims were true. Fortunately, I’d somehow managed to acquire all three of Rosemary’s books over the last few years (which is surprising really since they all went out of print long ago) and so could turn to more traditional means of research to find the names of her supporters.

Now I usually have a feeling of satisfaction when I’ve completed a project but not in this case and I know why. I started writing orchestral music 15 years ago and despite having minimal musical training, I believed that if I developed my intuitive capabilities, there would be musicians living in other realms willing to connect with me, train me and inspire me. My conviction came from hearing the accounts of Rosemary and others who were brave enough to state their beliefs at a time when to do so meant that they would be publicly ridiculed. Had I not heard of and believed their stories, my life would have taken a very different path. 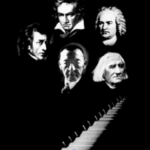 So although the video is now complete, there’s still work for me to do and that is to restore some balance to Wikipedia’s summary of Rosemary Brown and her work. After all, Wikipedia’s content comes from contributions made by anyone willing to devote some time to provide factual detail that can be verified by published and reliable sources. I’ve never tried making a contribution before and quite frankly, this isn’t how I like to spend my time but I owe it to Rosemary to set the record straight.

There IS Music in the Spacing of the Spheres! The Importance of Teaching Music in Schools